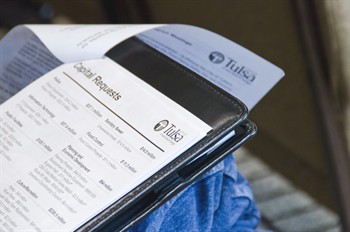 The City Council recently approved a draft of a $919 million capital improvement proposal, also referred to as “Improve Our Tulsa”.  This package will be on the ballot during the City of Tulsa general election on November 12.

The new funding package will replace the previous 2008 Fix Our Streets program, which expires in 2014. The 2008 package, which was funded by a 1.167 percent sales tax and general obligation bonds, went entirely toward fixing streets. The next package will continue street improvements and address needs in other City departments. View the package here. Note – the BOK Center and Convention Center projects have been removed.

View more information on “Improve Our Tulsa” via the City of Tulsa website as well as the Tulsa World.