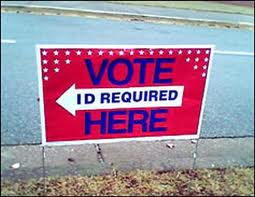 Oklahoma’s Voter ID law took effect July 1. All voters are now required to produce proof of identity before casting a ballot whether voting at a regular polling place or voting early at the County Election Board.

The following ID will be accepted: