Oklahoma League members want to be more active in public policy advocacy. To accomplish this goal the Oklahoma League’s “Program for Action Book,” a basis for all action and advocacy, must be brought up to date. Join us for one of the October Unit Meetings to begin the study series “Renewing our Commitment to Action.” This fall, League members across the state have the opportunity to engage with the positions by working on the current study “Renewing our Commitment to Action.”

In Tulsa we will be using (1) the fall Unit Meetings to study in depth the Oklahoma program with its policy positions, and (2) a Consensus Meeting, to make recommendations to the Oklahoma League about each program position – should it be retained, revised, restudied, or removed/archived, or is there no consensus.

North Tulsa Unit (Monday, October 27) meets from noon to 1 pm on the fourth Monday of the month at the Rudisill Library at 1520 N. Hartford Avenue.

Breakfast Unit: (Tuesday, October 28) Meets from 7 to 8 am on the fourth Tuesday of the month at the ONEOK Cafeteria, 100 W. 5th Street, Lower Level, in downtown Tulsa.

Executive Summaries of the Correction Position and the Re-Integration of Female Offenders Position, will be used for study and discussion. You may also read the entire positions to prepare for discussion.

Is this position useful in supporting LWVOK advocacy? Is it factually up to date? Is it relevant? What is missing? How might it be modified? And we will begin to consider the Question: Should these positions be retained, revised, restudied, or removed/archived.

The Consensus Meeting is where the actual recommendations to the LWVOK will be decided – should the position be retained, revised, restudied, removed, or maybe there will be no consensus.

We hope League members who were active when these positions were adopted will attend the Unit Meetings to add their historical knowledge to this discussion. And if you are new to the league, please join us to learn what the LWV is all about, to see and hear league members in action. 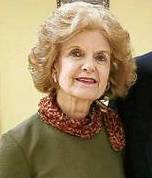 Notes:  The LWVOK’s Program For Action Book has recent changes. The entire book can be viewed at LWVOK.org.

In August, the LWVOK board approved changing the name of the book from Program Positions to Program for Action, a title used by the LWV of Minnesota. And the book’s Table of Contents was changed from alphabetical to a topical organization used by the LWVUS in Impact on Issues. Oklahoma’s program positions are now listed under these three headings: (1) Representative Government, (2) Natural Resources, and (3) Social Policy.