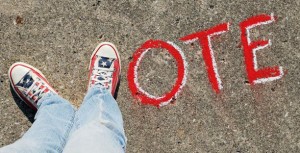 It is an often stated truth that strong voter turnout is integral to a strong democracy. However, voter turnout in the United States is at an all-time low. The November general election this year saw just 36.3 percent of registered voters go to the polls. This means that only one out of every three registered voters showed up to elect members of the US House and Senate, governors, state legislators and thousands of local officials.

The voters who did go to the polls were more likely to be older and more affluent than the ones who didn’t. These numbers contribute to the rise of what is being called “the Party of Nonvoters.” This Party is younger, more racially and ethnically diverse and less affluent and less educated than most citizens who vote regularly. Roughly a third of nonvoters are younger than 30. 43% of those who are not likely to cast ballots are Hispanic or African American. Nearly half of nonvoters have family incomes less than $30,000, and most nonvoters have not attended college.

Here in Oklahoma, we are echoing what is being seen on a national scale. Oklahoma has seen a steady decline in both the percentage of the eligible population that actually registers to vote as well as a decline in those that vote on Election Day. According to the U.S. Election Assistance Commission, about 98 percent of eligible voters were registered in 1992. In 2012, this number was only 74 percent. Of those Oklahomans registered, only 40.7 percent cast a ballot during the November General Election. And, unfortunately, you can bet that the younger voters did not make up a majority of this percentage. In 2012 the 18-29 turnout was 27.1 percent.

What is to blame for this rampant voter disengagement in the 18-29 age bracket? Issues ranging from apathy for the political system to not identifying with elected officials and candidates and even the unfortunate thought that their vote just ‘doesn’t matter’ are all reasons that have been cited for lack of turnout in this age bracket.

We asked a couple of local experts their thoughts on the issue. This is what we heard from them.

“Young voters have proven in the past that when ballots consist of issues relevant to them and offer candidates that share their values and interests, young people will show up. They have in the past and would do so again. Leaders need to engage young people in the process, bring them into the conversation and create the change they desire. Additionally, and more importantly, young adults need to run for public office and view themselves as a critical component in community development and civic service. Social media posts and angry tweets are not enough. Our country need young leaders to channel their infectious optimism and passion into reshaping the political landscape from disheartening to inspiring. “ – Shagah Zakerion, Executive Director, Tulsa’s Young Professionals

“Young Americans are turned off from voting today because most politicians are lazy. It is easier to get elected by tearing down your opponent – by attacking them on simplistic, partisan grounds – than it is to put in the work required for a compelling, positive vision that you can offer voters.  This is a cynical but effective approach designed to reduce voter turnout and enable professional political operatives to more easily manage electoral outcomes.  And this approach will continue, until true leaders have the courage and imagination to show that you can be positive, be constructive – and still win.” – G.T. Bynum, Tulsa City Councilor

So where does the League fit in? Simple. Every day, we work toward our mission of educating and empowering the electorate. From registering citizens to vote, to producing Voters’ Guides packed with information about candidates and ballot issues, to holding candidate forums designed to increase transparency between candidates and citizens, the League is on the front lines to engage ALL citizens – including 18-29 year olds.

We could use your help to get our work in front of our youngest voters. Here are four easy ways you can help: 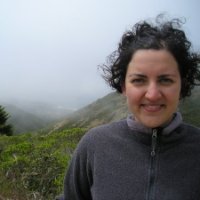 Diama Norris, Board of Directors Member 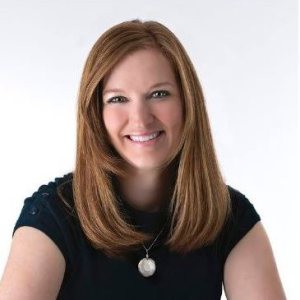 Meredith McDaris, Board of Directors Member