The Tulsa County Election Board recently unveiled the new high-tech voting machines with an open house for voters to test the Hart International devices. 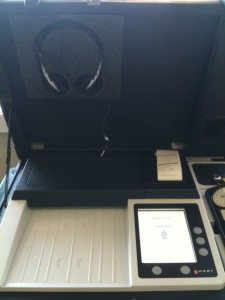 Tulsa League Board Vice President Gloria Caldwell checked out the long-promised technology and reports that voters should be pleased.

The new machines are:

Caldwell’s only reservation about the new machines was that the lighted ballot tally is gone, and one now must look at what appears to be an adding machine tape to check the number of ballots voted at that particular polling place — a change that will certainly slow down campaigns trying to get a sense of voter turnout on election day and where they need to focus their Get Out The Vote efforts.

The new machines are just in time for the Feb. 14 school board elections and the primary for the special election in House District 71. Don’t forget to take your photo ID or your Election Board-issued voter registration card with you to the polls.