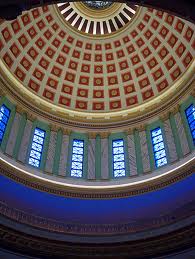 The Special Election in House District 71 was invalidated by the Oklahoma Supreme Court on April 30. The seat will remain unfilled until the November elections.The Tulsa League is disappointed that nearly 3,000 voters had their legitimately-cast votes invalidated. We are also disappointed that the residents of HD71 will be without representation in Oklahoma City for more than a year.

Through an amicus brief, the League had urged the court to require the Tulsa County Election Board to count every legitimately-voted ballot in the April 3 special election to fill the unexpired term in HD71.Through the brief and in oral arguments, the League said simply: the mistake of an election official to bring all legitimately-voted ballots to the hand recount should not affect the election outcome. In our democracy, no candidate should win an election on a technicality.