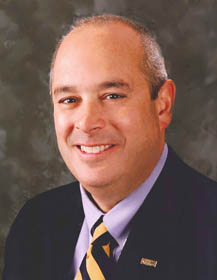 Clancy was named Dean of the University of Oklahoma (OU) College of Medicine, Tulsa. Five years later, he also assumed the duties of President of the University of Oklahoma, Tulsa campus with oversight of a set of health sciences, liberal arts, education and engineering programs. In the past decade, the University of Oklahoma Schusterman Center campus in Tulsa has more than doubled in clinical practice plan visits and enrollment with 1700 students in 40 educational programs. With a strong emphasis on graduate level education, the faculty and students are fully engaged in the Tulsa region’s most pressing education, economic development, health and social problems with formal educational and service partnerships with more than 100 non-profit local agencies. Under his leadership, financial support of OU programs in Tulsa have grown with the campus adding $107,000,000 in new endowed faculty chairs,  $131,672,000 in fully funded new facilities and $17,500,000 in new student scholarships. Dr. Clancy also assisted in the development of a community health network that includes mobile psychiatric teams, after-hours student led free clinics for the poor, and school-based clinics in disadvantaged areas.

In 2008, Dr. Clancy assisted in the re-shaping of the medical education program of the OU College of Medicine in Tulsa. The college was renamed the University of Oklahoma School of Community Medicine with an explicit commitment to improve the health of entire communities. Between 2009 and 2013, the OU School of Community Medicine led a successful community-wide modernization of the region’s health care delivery system and therefore the platform for training the region’s future health workforce. Aided by several competitive Federal grant awards totaling more than $16,000,000, these new region-wide programs included development of patient centered medical home teams, care coordination services, regional health information exchange and health workforce training expansion initiatives. Under Dr. Clancy’s guidance, several new research programs and partnerships were created including the Laureate Institute for Brain Research, the OU Center for Integrative Immunology, the OU Photonics and Quantum Optics Laboratories and the OU Early Childhood Education Institute.

Dr. Clancy is the recipient of numerous awards for his work on behalf of the underserved, the advancement of education and regional economic development, including the “Service to the Homeless” Award and the “Exemplary Psychiatrist” Award from the National Alliance for the Mentally Ill. The University of Iowa College of Medicine awarded him its Distinguished Alumni Award for Early Achievement in 2005. Tulsa People Magazine named Dr. Clancy the 2009 “Tulsan of the Year” in recognition of his efforts to transform the region’s health. In 2011, Dr Clancy received the Distinguished Alumni Award for Achievement from the University of Iowa. In 2011, he served as the Chairman of the Board of the Tulsa Metro Chamber of Commerce. Dr. Clancy is published in the basic, clinical and education sciences. He continues to see patients and teach students across many of OU’s programs in Tulsa.

Dr. Clancy earned a Bachelor of Science degree in Biochemistry in 1983; completed an American Heart Association Basic Science Research Fellowship in 1985; and received his medical degree in 1988, graduating with Alpha Omega Alpha honors from the University of Iowa. Dr. Clancy continued his residency training in Psychiatry at the University of Iowa and served as that department’s first Chief Resident in 1992. Dr. Clancy began active duty in the United States Air Force in 1992. He was promoted to Major, graduated from pilot survival school, served as a flight surgeon and flew B1, B52, T38, and KC135 aircraft and H1 helicopters. In 1995, Dr. Clancy returned to the University of Iowa as a faculty member in the Department of Psychiatry. In 1998, he was named University of Iowa College of Medicine Assistant Dean of Students. He also assumed duties as Vice Chairman of the Department of Psychiatry in 1999. During his tenure at the University of Iowa, he received seven university teaching awards and led several major initiatives, including the establishment of mobile clinics for the homeless mentally ill and mobile teams to provide medical, psychiatric and rehabilitative care for those with severe mental illnesses on a state-wide and then national level, integration of behavioral health services across the University of Iowa Hospitals and Clinics and development of mental health service partnerships with major health insurance carriers. He graduated from the Harvard University Programs in Health Care Policy and Management in 1997 and Non-Profit Financial Stewardship in 2011.