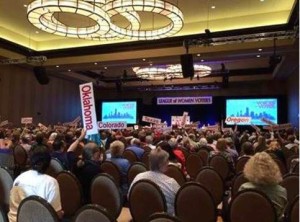 Oklahoma was in the house as more than 700 delegates gathered for this year’s LWVUS convention in Dallas. Caucuses and training sessions covered voting rights, ending gerrymandering, climate change action, building diversity and growing sustainable Leagues – and much more. Delegates heard from a number of outstanding speakers, from Dallas Sheriff Lupe Valdez to NPR’s Wade Goodwyn.

LWVUS Board of Directors: Elisabeth MacNamara was elected to another two-year term as President after a challenge from another candidate. The professionalism displayed by all candidates for the board was impressive. 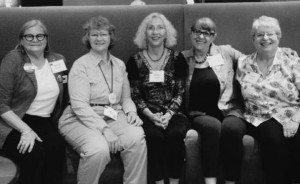 • The League’s non-partisan, issue-driven work is needed as much as ever.

• Leagues around the country are growing again.

• Those taking the boldest actions and gaining visibility are growing the fastest.